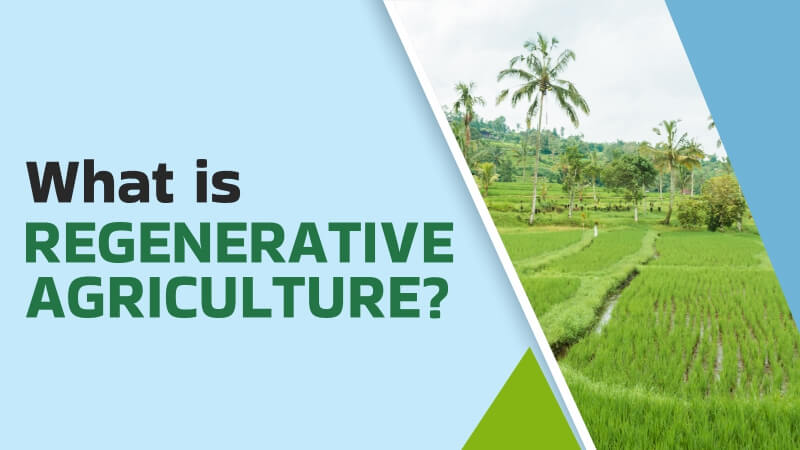 One of the largest producers of CO2, the greenhouse gas (GHG) primarily responsible for the current climatic changes, is the agricultural sector. Agriculture is responsible for little under 25% of all human-caused GHG emissions, together with forestry and other land use. However, it also plays a crucial part in helping us resolve the crisis and develop a secure, sustainable future free of carbon pollution. One where we can supply the expanding global population with wholesome, fresh food cultivated in resilient soil ecosystems.

How Does it Work?

The core of regenerative agriculture is that it uses technology that regenerates and renews the soil and ecosystem so that it not only “does no harm” to the land but actively improves it. Regenerative farming creates healthy soil that can produce high-quality, nutrient-dense food while also enhancing the land rather than deteriorating it. This results in productive farms, healthy communities, and thriving economies. It includes organic farming techniques to boost food production, farmers’ incomes, and topsoil in particular. These techniques include conservation tillage, cover crops, crop rotation, composting, movable animal shelters, and pasture cropping.

The importance of viewing the agro-ecosystem broadly cannot be overstated. Important methods include:

Conservation tillage: Tilling and plowing severely degrade soil and emit significant amounts of carbon dioxide into the atmosphere. They may also lead to the kind of bare or compacted soil that is unfriendly to crucial soil bacteria. By using low- or no-till techniques, farmers reduce physical soil disturbance and gradually build up soil organic matter, fostering better, more robust habitats for plants to flourish as well as locking up an increasing amount of carbon.

Diversity: Varied microorganisms feed on the various carbohydrates (sugars) released by different plants through their roots, returning a wide range of different nutrients to the plant and soil. Farmers contribute to the development of rich, varied, and nutrient-dense soils that result in higher yields by diversifying the plant life in their fields.

Rotation and cover crops: Rotation and cover crops are important because, if the soil is left unprotected from the elements, it will erode and lose the nutrients necessary for healthy plant growth. Similarly, growing the same plants in the same spot repeatedly might result in a deficiency of some nutrients and an excess of others. However, by carefully using cover crops and rotating crops, farms and gardens can enrich soils with an increasing amount (and variety) of soil organic matter, frequently without artificially introducing disease or insect concerns. Always keep in mind that bare soil is poor soil.

Minimal tampering: Regenerative agriculture practitioners frequently aim to be cautious about chemical or biological activities that might also harm long-term soil health in addition to reducing physical disturbance. The normal interaction between microorganisms and plant roots might be hampered by improper fertilizer and other soil amendment applications.

The more dominant cultures overlooked holistic techniques that took into account ecosystem function and soil health, despite the fact that other civilizations around the world have been using restorative land management for generations.

The rate of soil deterioration accelerated throughout the Industrial Revolution as more landscapes underwent quick changes thanks to machinery and synthetic fertilizers. During the two world wars, large monocultures of corn and wheat were created to feed the hungry. Some of these improvements were extremely beneficial for producing large amounts of calories but also had unsettling long-term effects.

Biodiversity was removed from highly functional, complex ecosystems, and the soil was depleted of organic matter. This paved the way for soil erosion, biodiversity loss, decreased nutrient density in our food, flooding, droughts, and an increase in atmospheric carbon dioxide.

We are suffering soil degradation and desertification at an alarming rate as a result of the vast majority of human land management practices and our expanding population. Dysfunctional dirt has replaced rich, flourishing soil. Currently, drylands make up 46% of the planet’s surface, and 9% of those drylands are experiencing severe desertification. We have lost nearly one-third of our arable land in the previous 40 years.

Feed the world: With less than 25% of the world’s acreage, small farmers already provide food for everyone.

Reduce GHG emissions: A new food system might be a major factor in climate change solutions. 44 to 57 percent of the world’s greenhouse gas emissions are attributable to the industrial food system that exists today.

Increased yields: Yields on organic farms are much higher than yields on conventional farms under situations of harsh weather and climatic change.

Promote biodiversity: Biodiversity is an essential component of environmental conservation as well as agricultural production and food security.

Restore grasslands: Grasslands make up one-third of the earth’s surface, yet 70% of them are degraded. Using carefully considered scheduled grazing, we can recover them.

Visit the Khetiguru mobile app for more information on farming and agriculture, and Khetigaadi.com for details on tractors.

The Ultimate Guide for Contract Farming 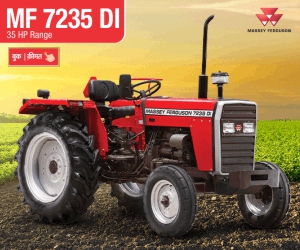