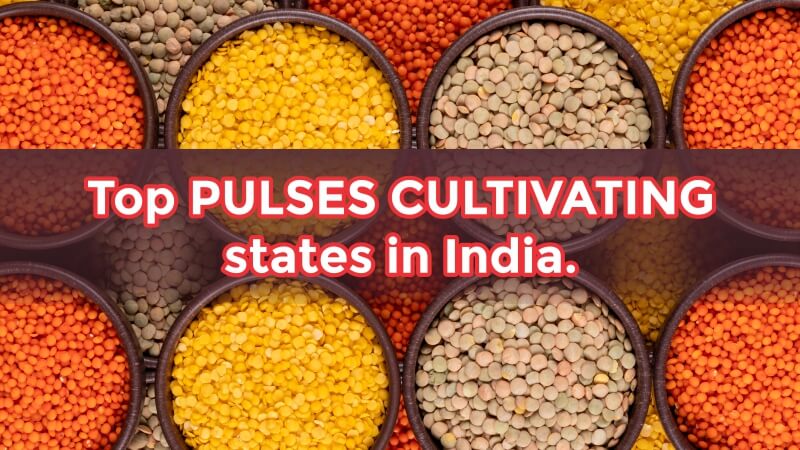 Due to their increased protein content, pulses are one of the most significant food crops in the world. Pulses are a significant group of crops in India, and because they make up a sizable portion of the country’s exports, they are also responsible for considerable financial benefits. The main sources of protein in the diet are pulses. Pulses are a staple of the Indian diet for all racial and ethnic groups, adding much-needed protein to the carb-heavy diet. The top producer of pulses in the world is India. The protein level of pulses is 20 to 25 percent by weight, which is twice that of wheat and three times that of rice.

Dal, an inexpensive source of plant protein, is a traditional dish from pulses. These are ingested due to their ability to help develop muscle thanks to the presence of specific amino acids. These also have therapeutic qualities. In the form of dry fodder, pulse byproducts such as leaves, pod coatings, and bran are fed to animals. As green fodder, some pulse crops, including gram, lobia, urdbean, and moongbean, are fed to animals. In order to enrich the soil with nutrients and enhance soil health, moong plants are also utilized as green manure.

The Kharif, Rabi, and Zaid seasons of the agricultural year are used to grow pulse crops. Rabi crops require a mildly cold climate during the sowing phase, a cold climate during the vegetative to pod development phase and a warm climate during the maturity/harvesting phase. Similar to this, warm weather is necessary for Kharif pulse crops from planting to harvest. Warm climates are home to summer pulses. To produce a seed, a seed must go through several stages, including germination, seedling growth, vegetative growth, flowering, fruit setting, pod development, and grain maturity/harvesting.

Pulses have long been a staple of our nation’s farming system since farmers could grow them using their own seeds and family labor with little to no reliance on outside inputs. Pulses were pushed to marginal lands with the introduction of the Green Revolution, which encouraged rice and wheat utilizing external inputs and contemporary types of seeds. This led to a drop in productivity and the degradation of the land. As a result, pulses are still grown mostly without irrigation on marginal and sub-marginal land. The move toward commercializing agriculture has made the situation of pulses in the farming system even worse.

In different States, different types of pulses are consumed. Black gram is the primary pulse eaten in southern India, whilst red and Bengal gram is the most popular pulses in the country’s north. Other pulses have higher protein and micronutrient contents than the more well-liked kinds, including green gram, lentils, horse gram, cowpea, and moth gram.

The top pulses cultivating states in India are listed below:

The state of Rajasthan is the top producer of pulses. Pulses are created in big quantities, and the local populace consumes a larger percentage of them. Consequently, a lot of crops are produced, enough for people to consume twice a day. Many people work at the plantation for pulses.

Based on the output of 10 pulses, the state ranks second among the top states in India. 18.36 percent of the total production was tracked in a specific area. The region is well recognized for its agricultural pursuits.

Madhya Pradesh holds the top spot for the output of pulses. About 32.97 percent of the region’s production is total. The state administration has made all necessary steps to maintain its leading position by increasing the production of pulses.

Tamil Nadu ranks third among India’s top producing states for pulses. 4.97 percent of the overall production was documented as of last year. The state government has been quite helpful in supplying the most up-to-date technology and equipment to spur growth.

Among India’s leading producers of pulses, Gujarat comes in at number four. The state has an abundance of pulses thanks to its favorable climate and good soil. Typically, 10.65% of Gujarat’s total production of pulses is reported.

Odisha takes pleasure in holding down the fifth spot. Production has increased as the state’s machinery and agricultural technology have advanced significantly. The top states in India based on the output of 10 pulses have more states to discuss.

With the sixth spot, Andhra Pradesh maintains a good position. The state is primarily recognized for producing different pulses. It typically equals 8.55 percent of the annual production percentage.

Karnataka is ranked seventh due to a rise in pulse production and surplus compared to prior years, which significantly influenced India’s production of pulses. Karnataka’s soil and climate are two key reasons why it is on this list.

One million tonnes of pulses were distributed to India’s poorest citizens at half the rate thanks to government subsidies and the availability of pulses through public distribution schemes. As a result, the production and consumption of pulses increased in our nation.

More and more people will have access to proteins through pulses as the economy of the nation develops. Due to their lack of access to meat, poultry, or other proteins in general, pulses are a suitable source of protein for the poor.

When it comes to the nation’s per capita consumption of pulses, people will undoubtedly increase their intake. Thus, there would be an increase in demand for pulses.

Visit khetigaadi.com to get information about tractors, tractor prices, tractor videos, tractor games and so on.

All in Detail About Cotton Picker

The Top 5 Mini Tractors in India 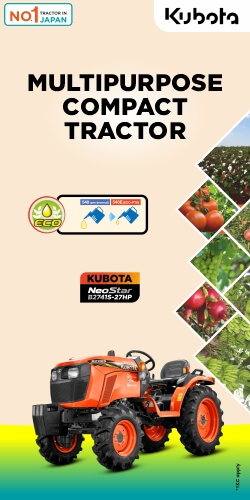