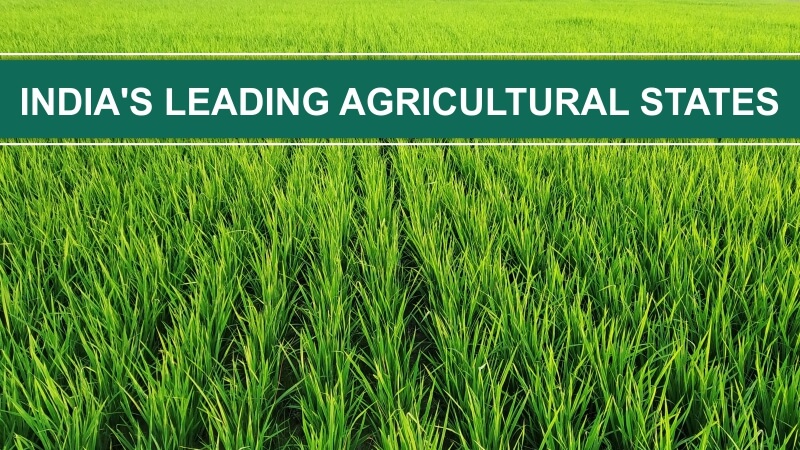 The agricultural lifestyle has a long history in India as it is the heart of rural India. In our nation, it is a long-standing type of economic activity. Additionally, it makes a considerable contribution to the GDP. People began to settle down to a life based on farming around 11,500 years ago after progressively learning how to grow cereal and root crops. A large portion of Earth’s population was reliant on agriculture 2,000 years ago. It might have happened as a result of climate change.

Most likely, rice or corn was the first cultivated crop. India’s per capita GDP is anticipated to rise by 320 percent during the next 20 years. The tendency changes as time go on. The emphasis is moving away from plant-based protein and toward animal-based protein as Indians consume higher-quality foods. All thanks to rising levels of attainable income and swiftly rising consumer demand.

India is the world’s top producer of a variety of fresh fruits and vegetables, including bananas, mangos, guavas, papayas, and lemons, as well as important spices like chili pepper and ginger, as well as fiber crops like jute and staples like millets and castor oil seed. The two main food staples in the world, rice, and wheat are produced by India in second place.

The Leading agricultural states in India are listed below:

Here we listed agricultural states as per their crop production rate.

West Bengal is the leading agricultural state in India. Punjab, Uttar Pradesh, and Andhra Pradesh are the next four states in India in terms of rice production, after West Bengal. Only after China India is the world’s second-largest rice producer.

The second-largest tea grower in India is located in West Bengal. In addition, it is a major producer of tobacco, sesame, and jute for export.

After Bihar, Uttar Pradesh, and Madhya Pradesh, it is the state that produces the freshest veggies in India. With a yield of 2600 kilos per hectare and a total production of 146.05 lakh tonnes, West Bengal is India’s top rice-producing state.

West Bengal is known across the world for its distinctive Darjeeling tea, which is also the region’s specialty. The most agricultural state in India is West Bengal.

Following Uttar Pradesh in importance for growing wheat in India has Punjab, Haryana, and Madhya Pradesh other states.

In India, sugarcane is a Kharif crop or a monsoon crop. The state of Uttar Pradesh produces the most sugarcane in India, ahead of Maharashtra, Karnataka, and Tamil Nadu. One of the largest agricultural states in India, Uttar Pradesh uses over 76 percent of its land area for farming.

In Uttar Pradesh, agriculture is a source of income for 65% of the population.

Wheat, sugarcane, food grains, and cotton are all produced in Punjab. Punjab is renowned for its superior irrigation system and flat, fertile ground for agriculture.

The world’s most fertile state is Punjab. In Punjab, the best crops to grow include wheat, sugarcane, rice, vegetables, and fruits. Punjab is also known as the breadbasket and granary of India. Food grain production occupies over 93 percent of all productive land. The majority of the land in Punjab is used for the cultivation of paddy and wheat. And the size of this area expands annually.

India’s state with the fastest growth is Gujarat. This state used a sensible approach to development. They made investments in manufacturing, energy, and agriculture and as a result, experienced double-digit growth. Gujarat has erratic weather, which makes it challenging to grow crops there. Utilizing sophisticated management to alter crop conditions and boost crop productivity is one method farmers may employ.

The fifth-largest agricultural state in India is Haryana. India’s second-largest producer of sunflowers is located in Haryana. Paddy, sunflower, sugarcane, and wheat are the main crops grown in Haryana.

Haryana is a state that has contributed greatly to the Green Revolution in terms of agriculture. 60 percent of the nation’s total basmati rice export comes from Haryana.

The sixth-largest agricultural state in India is Madhya Pradesh.

The states of Maharashtra, Uttar Pradesh, and Rajasthan are the next top producers of pulses in India, including urad, tur, and soya beans.

Madhya Pradesh is also the producer of Soyabean, Wheat, Garlic, and Maize and it is the second-largest producer of wheat and maize.

The “Rice Bowl of Central India,” Chattisgarh is the seventh-largest agricultural state in India.

Maize, rice, groundnuts, oilseeds, and other crops are produced in Chattisgarh. The primary crop in Chattisgarh, rice occupies 77 percent of the state’s total agricultural land.

80% of Chattisgarh’s needs are met by rainfall, with the remaining 20% being met by irrigation.

The Eight-largest agricultural state in India is Odisha. India’s agriculture sector is heavily reliant on Odisha.

Odisha is one of the 10 largest farming States in India because more than 60% of the population is engaged in agriculture.

In Odisha, the climate is very important. The majority of people rely on rain to provide water for agriculture. Agriculture is practiced on 87.46 lakh hectares of land. Jute, rubber, sugarcane, tobacco, rice, tea, and coffee are all produced in Odisha.

The eighth-largest agricultural state in India is Andhra Pradesh. In this area of Andhra Pradesh, 62 percent of the workforce is employed. Jowar, maize, ragi, pulses, castor cotton, small millets, bajra, and sugarcane are produced in Andhra Pradesh.

In Andhra Pradesh, rice accounts for 77 percent of all food grains and is a key crop or staple food. The first-largest tobacco grower in India in Andhra Pradesh.

India’s tenth-largest agricultural state is Karnataka. Given that Karnataka produces 70% of all coffee produced in India, it is the country’s top coffee producer. The ideal growing conditions for coffee are muddy mountains, high elevations, and plentiful rainfall.

India exports about 80% of its coffee to countries like the Netherlands, Spain, Russia, and France. Moong dal, millets, cotton, rice, maize, sugarcane, soybeans, groundnuts, red peppers, and turmeric are among the Kharif crops grown in Karnataka. Peas, wheat, sesame, barley, and mustard are among the rabi crops grown in Karnataka. For Karnataka agricultural products like rabi crops, the soil and climate are ideal.

For more blogs related to agriculture and farming and get the latest updates about them stay connected to the KhetiGaadi website.