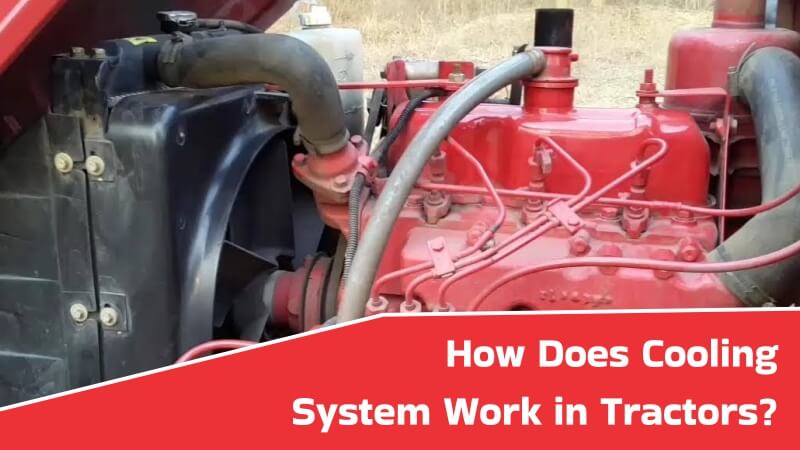 (1) Remove surplus heat from the engine

(3) Fast increase the temperature of a cold engine

(4) Provide a method for heater operation (warming the passenger compartment).

The cooling system is used because internal combustion engines generate exceptionally high-temperature heat. The cooling circulation determines how long the engine and its components will last. The cooling procedure in automotive engines is either by water or by air, however both methods are effective. Although, to some extent, lubricating oil aids in the cooling of engine elements.

Much has changed in automobiles throughout the years, but the engine cooling system has remained relatively unchanged. Modern designs, on the other hand, are more dependable and efficient when it comes to engine circulation. The engine is kept at a constant temperature thanks to the design’s efficiency. Even if the outside temperature is about 110 degrees Fahrenheit or 10 degrees below zero, the cooling remains constant. It’s possible that fuel economy could deteriorate, and emissions will rise.

A tractor’s air cooling system consists of an air blower that circulates air to govern engine temperature. It dissipates heat from the engine’s surface, particularly the cylinder. Special baffles or fins on the air blower direct the air to the heated component without touching any hot spots along the way.

The baffles’ size and spacing are determined by the tractor’s model and engine. The baffles are affected by the temperature of the air, the material of the fins, the space between the cylinder and the fins, and the speed of the air, in addition to the tractor and engine’s make and model. Multiple short fins are used by most well-known tractor manufacturers because they are more effective at cooling the engine’s surface area.

The basic principle of the air cooling system is that the higher the air pressure, the smaller the space between the fins. This is the ideal working condition for any tractor. The fins won’t rotate as quickly as they would if the air pressure was lower, bringing down the engine’s temperature.

Water jackets protect the engine liners or engine cylinders on tractors with water cooling systems. The jackets are filled with water that circulates inside and absorbs heat from the cylinder’s surface. The hot water is subsequently cooled by the radiator’s air passage.

A thermostat valve, radiator, water pump, water jackets, fan, pulley, and belt are all essential components of the water cooling system. The basic coolant in this system is water, although many manufacturers supplement it with specific coolants that have improved qualities, such as a higher boiling point and corrosion resistance. They aid in the attainment and maintenance of improved engine efficiency.

Water is forced to circulate at a given pace and pressure in the jackets by the cooling system. Most tractors come with centrifugal water pumps with impellers on the water exits and inlets. These use centrifugal force to push water out of the pump outlet. To extract coolants from the radiator, the pump inlet links towards the bottom of the radiator.

The thermostat valve opens when the engine cools down, allowing the same coolant to circulate inside the water jacket once more. This allows the water to heat up sufficiently, allowing the thermostat to dissipate heat and prevent it from contacting the air passing through the radiator. The front of the tractors are equipped with water cooling systems. The coolant tank, pressure cap, and tubing are all located directly in front of the vehicle’s radiator.

Despite being a minor component of the cooling system, the pressure cap prevents water from evaporating from the jackets. It also aids in the maintenance of the elevated air pressure within the cooling system. When there is a temperature difference between the water inside the radiator and the air outside, heat dissipates quickly. The forward and backward movement of the tractor, as well as the fan included in the unit, generate air in the cooling system.

Tractor engines are most efficient between 800 and 900 degrees Fahrenheit. To work at its best, the engine must achieve this temperature range as rapidly as possible, especially in cold weather conditions. As the water circulates in the water jackets, an internal thermostat provides you an indication of the temperature range.

The components of an internal combustion engine’s cooling system, as well as their roles, are listed below:

Radiator: This engine cooling component is made up of aluminium pipes with zigzag strips running between them. A tube carries high-temperature fluid inside the radiator. This heated fluid is then blown away into the atmosphere by being transferred from the tube to the air stream.

Cooling Fan: The cooling fan is situated after the radiator, which is closest to the engine. The part’s purpose is to protect fingers while also directing airflow. While the engine is operating, it pumps air into the radiator to cool the hot fluid, hence the fan aids in cooling the radiator heat.

Water Pump: Another crucial component of an engine cooling system is the water pump. It is situated on the front of the engine and maintains the coolant flowing as long as the engine is running. The coolant is pumped through an impeller blade constructed of cast iron or cast aluminium.

Get information about Tractor Price, Tractor Video, and Tractor Games.

How To Fertilize Corn