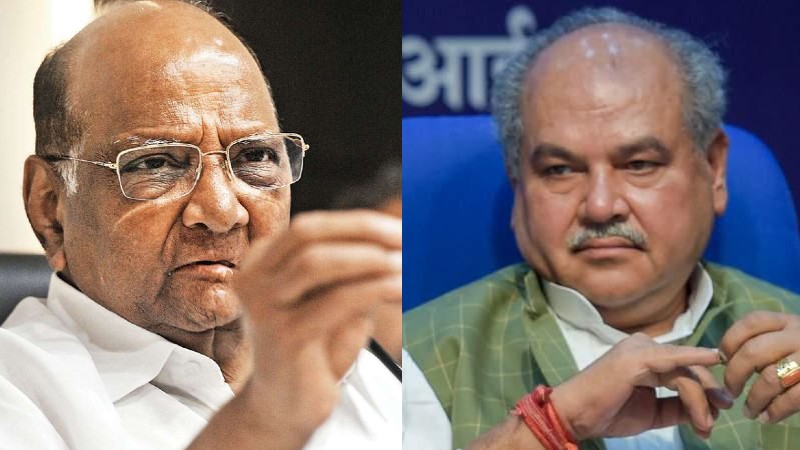 After a critique of the new farm laws by Shard Pawar, Agriculture Minister Narendra Singh Tomar responds to his view by saying that Pawar “will change his stand” and “explain the benefits of the laws to farmers. “I would like to believe that he was genuinely misinformed of the facts.”

Pawar is always known for all the agriculture issues and solutions relating to that. He made an effort to bring the new agriculture reforms earlier. Pawar tweeted that the new farm laws weaken the mandi system and also affect the Minimum Support Price. He has represented the concern about the Essential commodities Act.

He wrote that The interference of the government will depend on price control only if rates increased by 100% in horticultural productions and also increment by 50% in non-perishable items. On food items pulses, grains, potato, onion, oilseeds the stockpiling limits have been distinguished. The result may lead to the commodities sold to higher prices by the purchase of lower rates of commodities by the Corporates.

He further said, “Reform is a continuous process and no one would argue against the reforms in the APMCs or Mandi System, a positive argument on the same does not mean that it is done to weaken or demolish the system.” “During my tenure, the draft APMC Rules 2007 were framed for the setting up of special markets thereby providing alternate platforms for farmers to market their commodities, and utmost care was also taken to strengthen the existing Mandi system,” Pawar also said.

Farmers at the Delhi border are camping for the new farm laws demanding a repeal of the laws and a legal guarantee for Minimum Support Price for the procurement of their crops.

Several talks have been conducted between the government and farmer leaders but failed as a result of interventions. The farmers believe that the new farm laws will weaken the MSP system despite that central is providing options to the farmers to sell their produce.