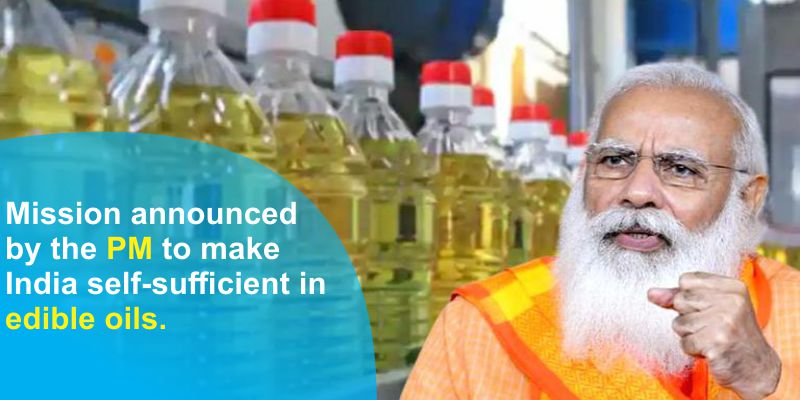 According to the announcement declared by the Prime Minister on National Edible-Oil Palm (NMEO-OP) to start with the new mission for Indians to make them self-sufficient in cooking oils, including pal oils, with the hope of reducing the dependence on imports.

PM Narendra Modi addressed, “a virtual event on the PM-Kisan scheme and said that around Rs 11,000 crore will be invested in the edible oil ecosystem.”

Rs 19,500 crore is transferred to over 9.75 crore farmers under the government’s flagship PM-Kisan scheme.

The PM also said that, though India has become Atma Nirbhar or self-sufficient in the production of wheat, sugar, and rice, it was not enough for the country to be dependent on huge imports of edible oils.

Modi stressed,” India must become self-reliant in edible oil too as he announced NMEO-OP.”

With this benefit, to promote farming to produce palm oil and other oil seeds farmers will get all facilities with regard to this as ensured by the Prime Minister.

To meet the domestic demand, India is dependent on imports of edible oil. 55 percent of total imports is constituted of palm oil.

Modi further added that thousands of crores are spent on edible oil imports and this money should rather go to farmers.

North-eastern states and Andaman and the Nicobar Islands could be the best to promote palm farming.