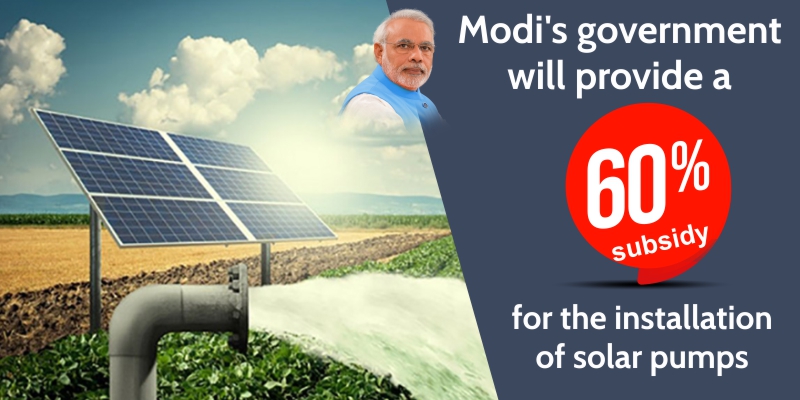 Today, the government is bringing various schemes to strengthen the farmers financially. The government provides all possible assistance to the farmers through these schemes so that they do not face any difficulty in farming.

One such scheme is PM Kusum Yojana. Under this scheme, Central and State Governments jointly provide subsidies to farmers for solar pumps. The objective of this scheme is to increase the income of farmers.

In this, the government encourages farmers to install solar pumps instead of diesel pumps. Under this scheme, the government aims to solarize the agricultural pumps of more than 35 lakh farmers. This will reduce the cost of farming for farmers.

How much is the grant?

Under this scheme, Central Financial Assistance (CFA) will be provided up to 30% of the benchmark value of individual pumps. At the same time, 30 percent subsidy will be provided by the state government and the remaining 40 percent will have to be paid by the farmers.

At the same time, 40 percent of the amount has to be paid to the farmers, out of which up to 30 percent can be taken as bank loans. Thus, initially, farmers will have to pay only 10 percent of the cost of the pump.

With the help of solar pumps, farmers can not only irrigate their crops but also reap huge profits from them. For example, if a farmer owns land that is not suitable for farming, that is, barren land, and if he gives this land to install a solar pump, he can gain millions of rupees.

According to experts, a one-megawatt solar power project requires about 4 to 5 acres of land. It will generate about 1.5 million units of electricity a year. The power department buys it at a rate of around Rs. By installing solar pumps in this way, farmers will get the benefit of lakhs of rupees.

Pollution will also be banned:

Solar pumps will enable farmers to irrigate their crops despite power shortages. About 60 percent subsidy is given by the Central Government and the State Government.

The farmer did amazing, earning money from Gerbera and Gladius flowers.