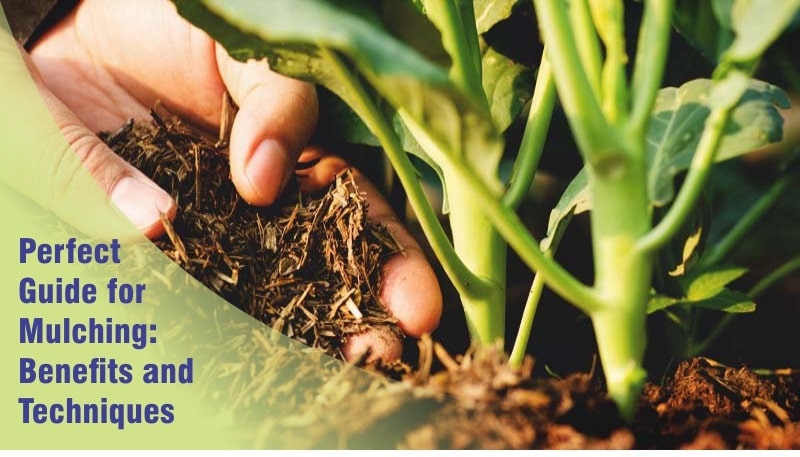 Mulching is a conventional practice in Indian agriculture. It is a technique for covering the farmland with natural items or plastic sheets of permitted thickness.

In natural cultivating, husk, leaves of the plants, twigs, bark, and so forth are utilized to make defensive cover around the plants.

In Inorganic cultivating, plastic sheets are utilized as a defensive layer around the plants.

As they are not decayed after gather, they can be saved for next season in the wake of washing. Here we are going to discuss modern plastic mulching techniques in detail.

Mulching is fundamentally utilized for moisture content preservation in rainfed regions It may be used to decrease irrigation recurrence and for water saving in irrigated regions. Mulching is used for Soil temperature control in nursery development.

Air proof nature of this sheet is not to allow any moisture content to get away. This sheet also comes with thermal-proof nature for conservation of temperature. These sheets are durable enough for at least one yield season.

Do not extend the film firmly.  It should be adequately free to defeat the extension and shrinkage conditions brought about by temperature and the effects of intercultural tillage operations.

The slackness for dark film ought to be more as shrinkage marvel is greatest in this tone. The film should not be laid on the hottest day time when the film at in extended condition due to high temperature.

How Mulching Helps to Control Weeds –

The black plastic film doesn’t permit the daylight to give through to the soil so that Photosynthesis doesn’t happen without daylight beneath dark film subsequently, it controls weed development under a film.

Protect Your Plant with Plant Sprayers and Dusters