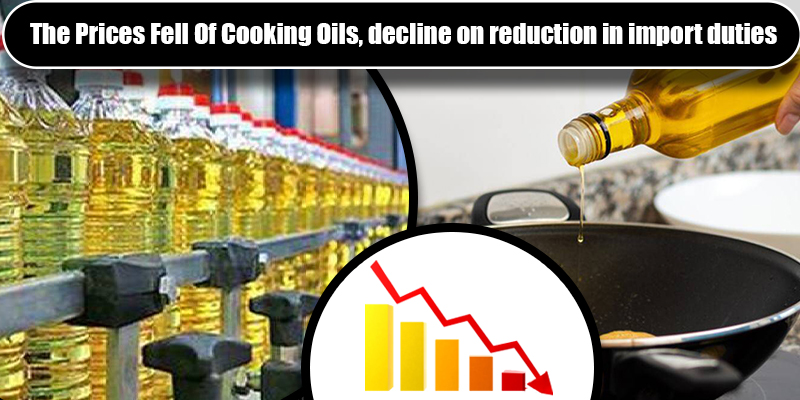 According to the sources, the government ensures about the retail prices of oils have declined in the domestic market except for mustard oil, despite a surge in global rates to reduce import duties on refined edible or crude oils.

“The international prices of edible oils, the percentage are reduced from 1.95 percent to 7.17 percent the after-sales import duty reduction in price.”

On the other side, domestic retail prices have also been reduced in the range of 0.22 percent to 1.83 percent.

According to the government officials stated that “Necessary policy intervention by Central Government with reference to duty reduction is proving to be beneficial for the general consumers.”

The government with other measures is contemplating purely a mustard oil as a domestic oil with expecting to reduce the price of these products.

To increase the domestic supply and while retaining the prices, the Centre is reducing the import duties edible oils. The details of the stocks have been asked by the wholesalers, refiners, and millers on the web portal against hoardings

In fact, the retailers have been asked to display the rates of branded edible oils to make free choices by the consumers.

The base custom duties on soya oil, sunflower oil, and palm oil had been slashed.

The government stated that the prices on other food items like wheat and rice have declined also on MSPs values.