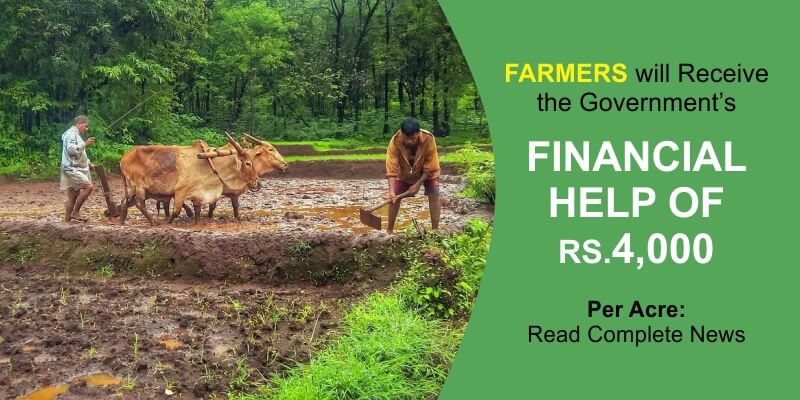 The scheme will start in the Kharif 2022 calendar year. The Haryana government declared on Sunday that it would offer Rs 4,000 per acre in financial help to farmers who grow pulse and oilseed crops in seven districts of the state.

The scheme will go into action for farmers in the south Haryana districts of Jhajjar, Bhiwani, Charkhi Dadri, Mahendragarh, Rewari, Hisar, and Nuh during the Kharif 2022 cropping season.

An official spokeswoman stated that under this scheme, farmers will receive financial assistance at a rate of Rs 4,000 per acre.

According to the spokeswoman, the government is constantly working to increase farmers’ incomes by bringing down the price of their inputs.

As part of its efforts to diversify its agricultural base, the government established this scheme to promote the cultivation of pulses and oilseeds.

The state government plans to grow pulses and oilseeds on at least 100,000 acres of land, the spokeswoman said.

Another example is the fact that the National Bank for Agriculture and Rural Development (NABARD) has given Rs 19,718 crore in financial support to various Haryana stakeholders for agriculture and rural development during the fiscal year 2022–23 as part of the Board’s numerous efforts.

In order to develop micro-irrigation facilities for farmers’ crops, NABARD has allocated Rs 24.76 crore under the Micro Irrigation Fund (MIF).

Under its developmental initiatives, NABARD has released a grant of Rs 9.79 crore for various development projects in the farm sector, off-farm sector, skill development, financial literacy, and job creation activities.

NABARD has started work on a 1,000-hectare alkaline soil reclamation project in the Kaithal and Karnal districts to address the issue of alkaline soils.

How Integrated Farming Helps In Increasing the Farmer’s Income