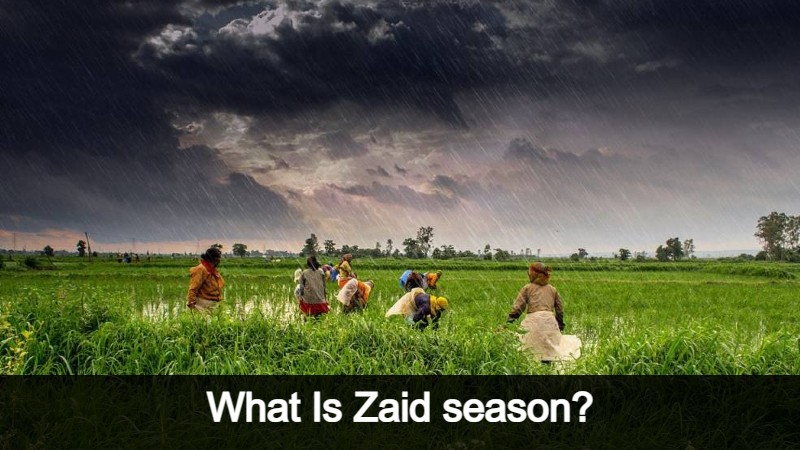 The Zaid season brings a rise and a new hope in the farmer’s life and thus the season is about to begin. This is a good time for the farmers to earn a good profit in between Rabi and Kharif cropping season.

The government also focused on the Zaid season for few years and give the proper outcome. In 107 million hectares area under Kharif cultivation, only 2% is utilized for Zaid cultivation.

Zaid cultivation is the season for farmers’ to cultivate the land and fill the gap between rabi and Kharif season to fulfill the requirements increase the source of income. The Zaid crop is sown for a shorter duration of time between March -April to May-June.

It is also known as summer crops that grow profitable crops cultivation as watermelon, cucumbers, few pulses, etc. Also, a part of the sugarcane is harvested during this season.

Zaid season crops are grown in summers including fruits and vegetables, flowering plants, etc. This year there is a decrement in the production of pulses during Kharif. The government is looking forward to the benefit of the farmer’s income by giving importance to Zaid season.

It is also noticed that due to the heavy rains in Madhya Pradesh and Karnataka in the last year, there is a loss of crop production. By using the proper technique in Zaid croplands, farmers can save their damaged crops.

Overall, Zaid season is for farmers to grow profitable crops by utilizing their land and water reserves to grow. The Zaid crops are cultivated in the irrigated areas of some parts of states like Punjab, Haryana, Uttar Pradesh, Gujarat, and Tamil Nadu.