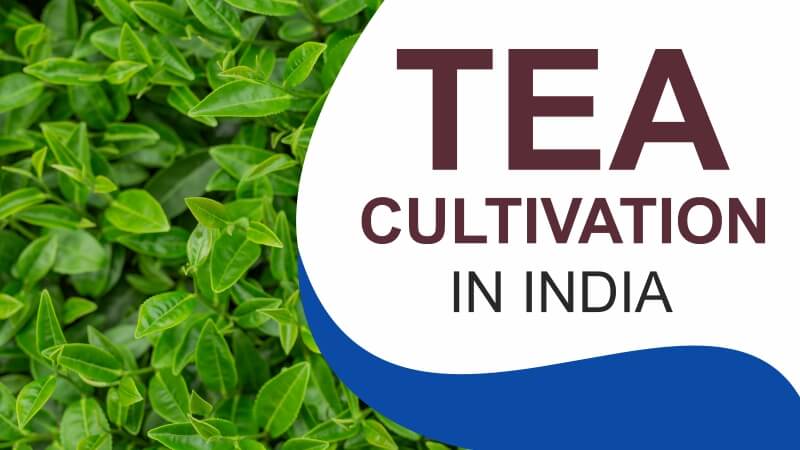 One of the most consumed and well-liked drinks in the world is tea. Tea is the most popular beverage and a need in every Indian home, as well. Tea cultivation in India is very popular.

“Sometimes all you need is a good cup of Tea” is a favorite quote of every Indian.

In addition to being able to meet the needs of domestic consumers, these tea estates in the top farming states also make it possible for them to be exported. India is now the world’s second-largest producer of tea as a result.

Despite more tea cultivation than any other country in the world, more than 70% of the tea India produces is consumed there. Many well-known teas, including Assam and Darjeeling, only grow in India. The Indian tea industry has developed into one of the most technologically advanced tea industries in the world, and it now owns numerous international tea brands. The Tea Board of India is in charge of overseeing tea production, certification, exports, and all other aspects of the country’s tea industry.

In addition to bringing tea into every Indian home, a number of tea- farming states are also the reason India is now the second-largest producer of tea in the world, after China. Assam is the biggest producer of tea in India among the states that grow tea. Each year, more than 400 million kilos of tea are produced. Every state’s tea is delicious, has a reviving aroma, and comes in a range of flavors that are reasonably priced. Presently and historically, India has been the world’s largest producer of tea. British names are among the prominent foreign tea companies that Indian tea companies have bought. Tea production, or tea plant cultivation, is often carried out in extensive commercial operations. A species of evergreen is prized for its tender young leaves and leaf buds, which are used to make tea.

For greater yield, crop distribution, and crop quality, tea prefers a climate that is relatively hot and humid. The ideal temperature for tea plant growth is between 13°C and 28–32°C. A temperature of more than 32 °C is not ideal for the best photosynthesis. If low humidity is present at the same time, it is synergistically harmful to the crop.

In India, winter temperatures are typically at or below 12°C, and little to no growth occurs during this time. Winter Dormancy is the term for this. With the rise in temperature, tea plants begin to flush in March.

The most ideal soil for tea is acidic, with a pH of between 4.5 and 5.5. High areas with well-drained acidic fertile soil and moderate to heavy rainfall.

The world’s biggest producer and consumer of black tea in India. In 16 Indian states, tea is grown. About 95% of the world’s tea is produced in Assam, West Bengal, Tamil Nadu, and Kerala.

Following are the principal Tea Producing Districts/Areas in India:

The Kalimpong district of West Bengal is where Darjeeling is situated. At a height of 6800 feet above sea level, Darjeeling’s tea estate extends across 437 acres.

The green tea cultivation, black tea, white tea, and oolong tea is renowned in Darjeeling. Tea is produced in this state and exported. Another well-known tourist destination in Darjeeling. Due to the established tea factories, the majority of them take visits. In total, Darjeeling has 84 tea estates in operation.

Along with the river Brahmaputra, which serves as a forerunner for tea production, Assam is located in the eastern Himalayas. A well-known commercial market is Assam tea. Assam is the greatest tea-producing state in India thanks to the 2,16,200 hectares of land that are exclusively used for tea gardens.

Annual tea production in Assam exceeds 400 million kg. Assam is producing the most excellent variety of tea with a revitalizing scent. With Teaswan, you can launch a distribution company for Assam tea.

One of the key factors influencing Tamil Nadu’s production of fragrant tea is its geographic location. Located between 1000 and 2500 meters above sea level, it gets 60 to 90 inches of rain per year.

It is among India’s top tea growers. In the regions of Chikmagalur, Dakshina Kannada, Hassan, etc., one can discover tea plantations. Southern India is covered in a lush green tea plantation that not only grows tea but also higher-value commercial crops like coffee.

The great height located tea garden in India is in Tamil Nadu’s Kolukkumalai, which is situated at a height of 7900 feet. Because of the team around it, it is also a popular tourist destination and a must-see location for tea connoisseurs.

Munnar is a hill station in the western mountain ranges. At a height of 5,200 feet above sea level is the Munnar tea plantation. The major tea brands currently occupy almost 50 of this region’s trash.

The primary location for tea production is in Himachal Pradesh’s Kangra valley. It is sometimes referred to as the “Valley of Gods” because of the flavor and perfume of the tea. Two of Himachal Pradesh’s most well-known tea kinds are green and black.

For Farming related queries and tips for cultivating any crop, install the KhetiGuru application. It will help you to learn about all farming-related information.

If you are willing to buy and sell a tractor, visit the KhetiGaadi website.

How Drones are Boosting Agriculture?