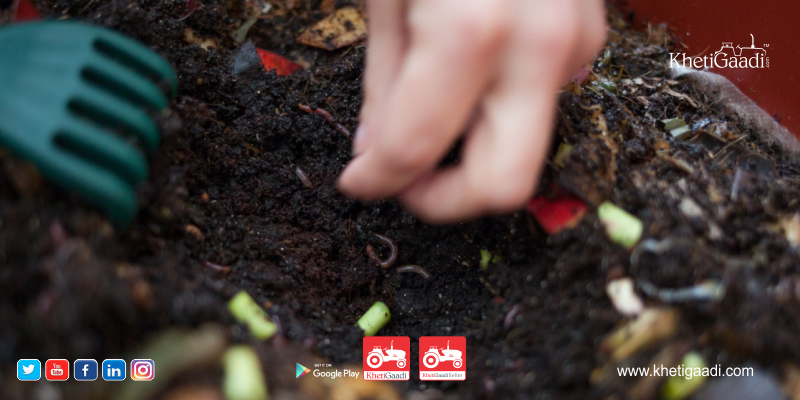 If you want to grow food successfully in containers, nurturing soil life can make a huge difference. Worm compost, for example, is full of microbes and life. Add it to your containers and you will get more vigorous growth, and far fewer pest and disease problems. Discovering this, was the biggest turning point in my growing (more important, even, than self-watering containers), transforming sporadic successes into something more consistent.

Why is soil life important?

The healthy organic soil in the natural world supports a web of life including bacteria, fungi, protozoa, nematodes as well as larger creatures like worms and slugs. These organisms play a vital role in the life of plants. They break down organic matter to make the nutrients available for plant roots. They condition the soil and create air spaces and tunnels in it – improving aeration and drainage. And they compete with other more harmful organisms in the soil, ones that will damage your plants if left unchecked.

How can you add soil life to your containers?

There are several different ways you can add life to containers

Worm compost is particularly rich in soil life. It’s my number one choice for adding life to containers. When matter is passed through the worm’s body it becomes inoculated with all sorts of tiny life forms. So worm compost contains bacteria, fungi and other microscopic goodies (as well as worms!).

Homemade compost is also rich in life. It’s not quite as rich in microbes as worm compost, but still lively!  Add 15 – 30% by volume to new compost to inoculate with life.

I don’t know many people growing in urban spaces who have the space or access to enough leaves to make leaf mold (would love to hear from you if you are). But if you do – or have a supply – this is another ingredient teeming with life. It’s a particularly useful ingredient for making seed sowing mixes as it is also low in nutrients.

Manure is also rich in microbial life. In urban places you can often find it – free or at low cost –  at City Farms or police stables. Manure varies tremendously in quality and the goodies – and nasties like drug residues – that it contains – so ask around and try in small quantities first.

Bokashi is Japanese method of composting food quickly in a tightly sealed bucket. Benefits of bokashi are that you can add almost any food (even meat), it works quickly, can be done in a very small space, and doesn’t smell (much).

How Compost Helps Your Soil

All in Detail About Sowing Equipment -Part 2

Power Tiller: How it Works, Types, Benefits & Brands in India