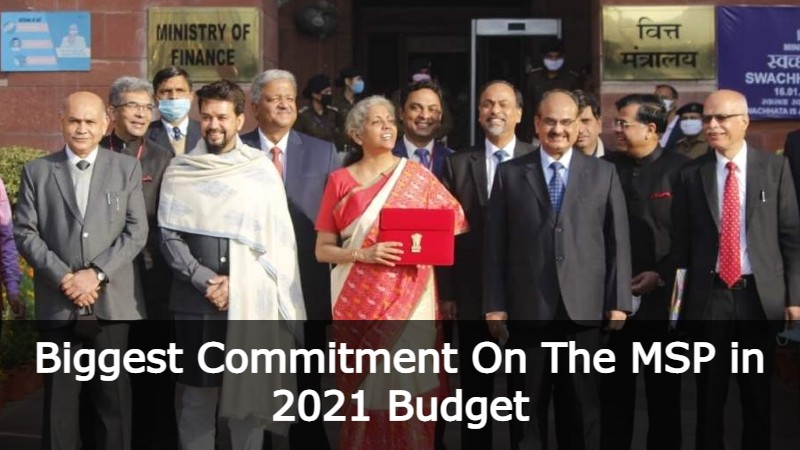 The budget 2021 session results are announced and Finance Minister Nirmala Sitharaman stated in her budget that there is a continuous increment in the procurement of rice and wheat. Also in the presence of the Modi government, the money paid to farmers has jumped.

There is an increase of 121% in the amount paid to wheat farmers while rice farmers have raised by 170.23% this time. The Finance Minister stated that the government feared implementing the three farm laws when farmers are protesting for the three farm laws and assured the farmers of continuing the MSP system and will be further strengthened.

Rs one Lac crore fund is announced for infrastructure development of state-controlled Mandis by the government. The action of farmers would turn into fear. Also, the center is looking to destroy the mandi system through new Agri laws.