Balkrishna Industries Limited (BKT) India’s leading tries manufacturer signed an official partnership with LaLiga (Spanish football League). According to BKT, they love sports because it fully reflects its corporate philosophy, the joy of achieving goals, the feeling of Satish faction and contentment when being rewarded for all the efforts and sacrifice, the ability to establish new records aiming at always higher and greater ambitions. Sports have always been a synonym for commitment, determination, and a strong desire to win. Hence BKT’s great passion for sport which the company never stops supporting

This Partnership will be up to 3 years. on this occasion, Mr. Rajiv Poddar, Joint Managing Director of BKT states, from today we are following new marketing initiatives with the Spanish football world. LaLiga is a brand of unquestionable value. It is great pleasure that we can strengthen the bond between BKT and sports world, and above all the football world with both its rules and dynamics that we find fully in line with our own values along with the determination and the uncompromising wish to win.

Deigo Forlan, LaLiga Ambassador, said India is passionate about football and has high potential to become stronger in global football. I got to interact with Indian footballers aspiring footballers and other stakeholders who were invested in building up the football environment in the country. I am glad to see an Indian brand like BKT make a partnership with LaLiga to support the football world.

The Union Ministry of Earth Sciences (MoES) has introduced an advanced air quality early warning system, which can predict locations around Delhi. The system developed by the Indian Institute of Tropical Meteorology, Pune under MOES, burns the next crop residues Uses data on crop residue burning events over the past 15 years to predict the date and place of, and Su helps the officials to do advance work. "We have developed a climate system for the last 15 years. Therefore, we try to find out how many times a day afield is burnt, and the average gives us the possibility of it happening again, "said Sachin Ghude Ji, the head scientist of the project." If the probability of an area is 60 percent or If more than that, then we would predict that there is a possibility of fire in that area. If it does not, it will be correct the next day,” said Ghud . Ghud said that this is the first time that stub burn is being predicted. "There have been forecast models for wildfires, but this is the first time we have come up with this," he said. Using the data, the Center for Development of Advanced Computing (C-DAC), under the auspices of the Central Pollution Control Board, those areas Creates probability maps to alert government agencies about where stubble burning is more likely to occur. It can also track the pollution load caused by burning in neighboring places of the national capital. It can predict air pollution levels for the next 72 hours. It can also estimate the level of pollutants (PM) 2.5, PM10 and dust coming from sources other than crop residue burning. This allows the authorities to control the level of pollution as well as pollution from existing sources Will help in taking preventive steps to reduce

To predict pollution before reaching Delhi, scientists take satellite data of farm fires twice a day (10:30 am and 1:30 pm). The data is then fed into the model and emissions are transmitted to Delhi based on wind direction.” The current generation of satellites has made this possible. We are giving this prediction for two types of pollutants: PM2.5 and CO (carbon monoxide).

"Therefore, we can clearly find out how much of the PM2.5 is coming from the burning. It will also help when the authorities want to target pollution sources; they will know that non-Delhi resident of Delhi for the next three days Whether to target sources. "The model was developed last year but used internally. It can also be viewed by the public on the MoES website from News.tropmet.res.in. WEBS The Hight will also update the fire count around Delhi daily. Between October and November every year, air quality in Delhi and its neighboring states deteriorate, as farmers evacuate the fields by burning the residue after harvesting paddy and give way to sowing wheat, yet there is a ban on burning agricultural residues. Smoke coming out of Punjab and Haryana moves towards Delhi Is to increase the level of pollution.

The online market or mandi scheme launched by Prime Minister Narendra Modi government to double the income of farmers has been successful. As per the data released by the government, so far, about 1.64 crores, farmers of the country have registered themselves on this online platform known as National Agricultural Market Scheme(e-NAM).

585 mandis of India have been connected through the internet - Agricultural produce mandis located in different states of the country have been connected through the internet under e-NAM. Its main goal is to get the entire country a market place. For instance, if a farmer in Gorakhpur wants to sell his produce in Bihar, it has become easier for him to carry and market his agricultural produce with e-NAM. Due to e-NAM, there is no broker between the farmer and the buyer now. Not only farmers but customers also get its benefits. In this trade between farmers and traders, the interest of the local agricultural produce market will not be harmed in any way, as the entire trade will be through it. The biggest problem for a farmer is getting a good market and a better price for his produce. To do. And e-NAM solves all their problems here.

Possibility of Increase in Tractor Sales in October

The domestic tractor sector has managed the positive sale on September 2019 and according to dealers in the tractor industry this positivity will continue in October also. Reasons for positivity are increased in crop prices, strong monsoon and early kick-off of the festive season.

Mahindra and Mahindra which cover near about 40 % tractor industry market in India grew about 0.3 % in September 2019. Escorts also posted a 1.2 percent increase in volumes at 10,521 units last month. According to Rajesh Jejurikar, President farm machinery sector Mahindra and Mahindra, Due to heavy rainfall Some parts of tractor sales decreased but we know that the upcoming month's tractor industry will be at great achievements. Dealers in the tractor industry also predict that the cause of this upcoming festive season will contribute to the sale tractor with the higher count. Increasing crop prices and help in finance by non-banking financial companies help to restore positive trends in the tractor industry. The second half is expected to be better for the tractor industry and things should pick up further post the rabbi season," said Hetal Gandhi – Director, Crisil Research.

Major automobile manufacturers have reported a double-digit decline in domestic passenger vehicle sales, but Maharashtra's onion-producing farmers have bought more than 250 in a single day. The auto industry failed to unleash the ongoing downturn at the start of the festive season. Despite the purchase on the first day of Navratri, a tractor buyer said that some farmers sold onions in Kalwan taluka of Nashik district. He earned so much tax that he bought 250 tractors on 29 September.

For the past five years, onion prices have been between Rs 100 and Rs 500 per quintal for two months this year. It earned rich dividends for farmers in Kalwan taluka, a major onion-growing tribal in the district. An automobile dealer said that apart from 250 tractors, 21 cars and 400-500 two-wheelers were also sold on the same day. This led to a transaction of Rs 30 crore in a single day and about 70 percent of this purchase was in cash. Due to a large number of vehicles purchased, senior officials of some automobile companies reached Kalwan and handed over the vehicles to farmers at a function. Gone. And the procession of these customers was also taken out.

The agriculture ministry has proposed a 5-7% expansion in minimum support price (MSP) of a rabbi, or winter-planted, yields to improve a lot of farmers, an advancement that comes in front of the assembly election in the food bowl state of Haryana. Punjab and Haryana together contribute around 70% wheat to the central pool, which is utilized to run open dispersion and other welfare plans. The ministry has proposed raising of wheat obtainment cost by 4.6% to Rs 1,925 for every quintal from a year ago's Rs 1,840. This is probably going to put an extra weight of around Rs 3,000 crore on the administration's Rs 1.84 lakh crore nourishment appropriation bill. The bureau is probably going to make a choice soon as the winter planting starts from November. The ministry has proposed a 5.3% expansion in the mustard MSP, which will take the current floor cost of Rs 4,200 a quintal to Rs 4,425, and a higher increment of 5.9% in the MSP of grain. It has proposed the most noteworthy increment of 7.26% in the MSP of Masur, to Rs 4,800 a quintal.

The Commission at Agricultural Costs and Prices (CACP), which prescribes MSP for significant yields, thinks about the general expense of creation. Prime Minister Narendra Modi has guaranteed farmers MSP at 150 % of the information cost. "The proposition is under counsel with related ministries like nourishment before being sent to the bureau for endorsement. Ordinarily, CACP's proposals are acknowledged completely. The costs will before long be told," said a senior agribusiness office official, who didn't wish to be recognized. The administration has been advancing the development of pulses and oilseeds over food grains for as long as a couple of years. There has been recorded creation of food grains with each progressive year, leaving the administration storage facilities flooding. With in excess of 71 million tons of food grains in stock, the administration plans to expand the creation of consumable oil to diminish the import charge, which has expanded to around Rs 80,000 crore. "A huge ascent is proposed in mustard and safflower to urge farmers to move from wheat to oilseeds. Among coarse oats, grain also got a lift," said another authority. 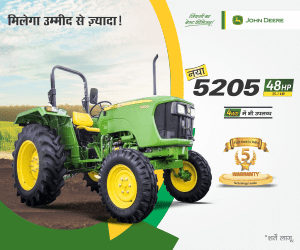